Bestselling author of historical novels set in sixteenth-century Europe. Welcome to my website—I'm so happy you're here!

Who is Marthese Fenech? 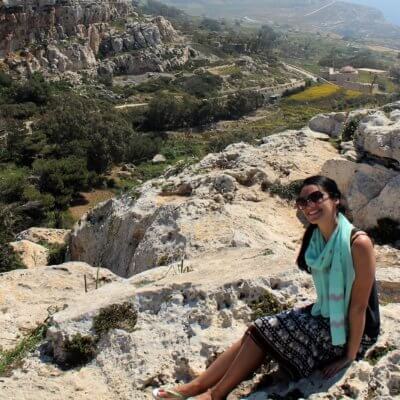 She's the bestselling, award-winning author of a historical saga set in sixteenth-century Europe. She has also written the pilot episode of a television series based on her books. Friends call her Mar.

Research has taken her to the ancient streets her characters roamed, the fortresses they defended, the seas they sailed, and the dungeons they escaped. Obstinate curiosity has led her to sixty-five countries across six continents.

She does her best plot-weaving while hiking mountain trails, wandering local markets, paddle boarding cliff-sheltered bays, and sitting at home with her Siberian husky curled at her feet.

The Siege of Malta Series 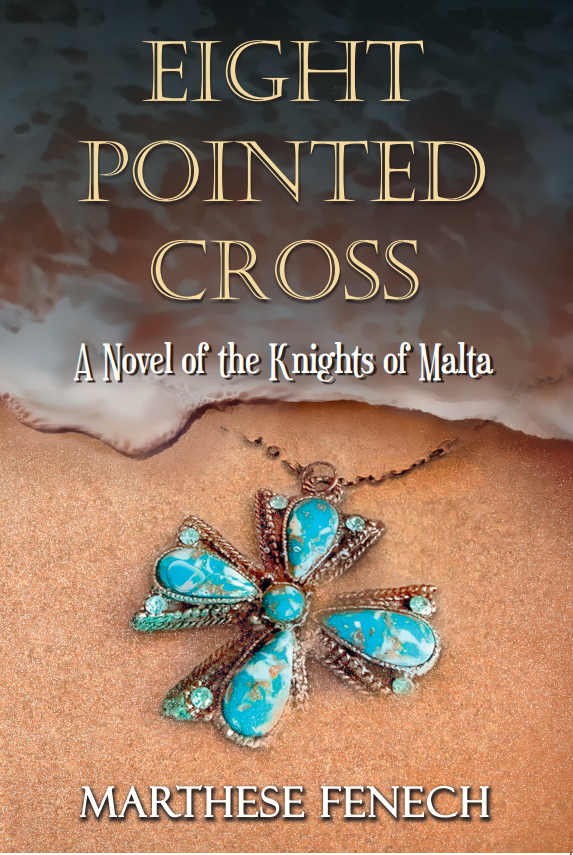 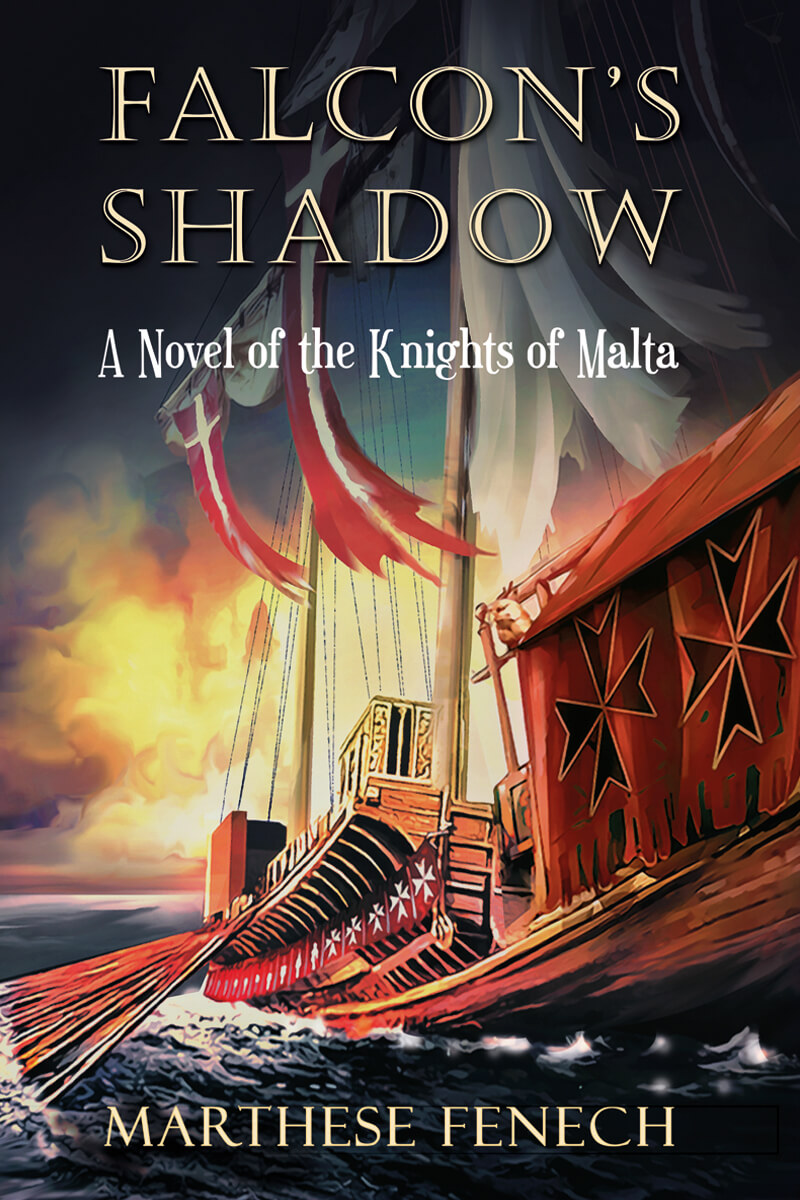 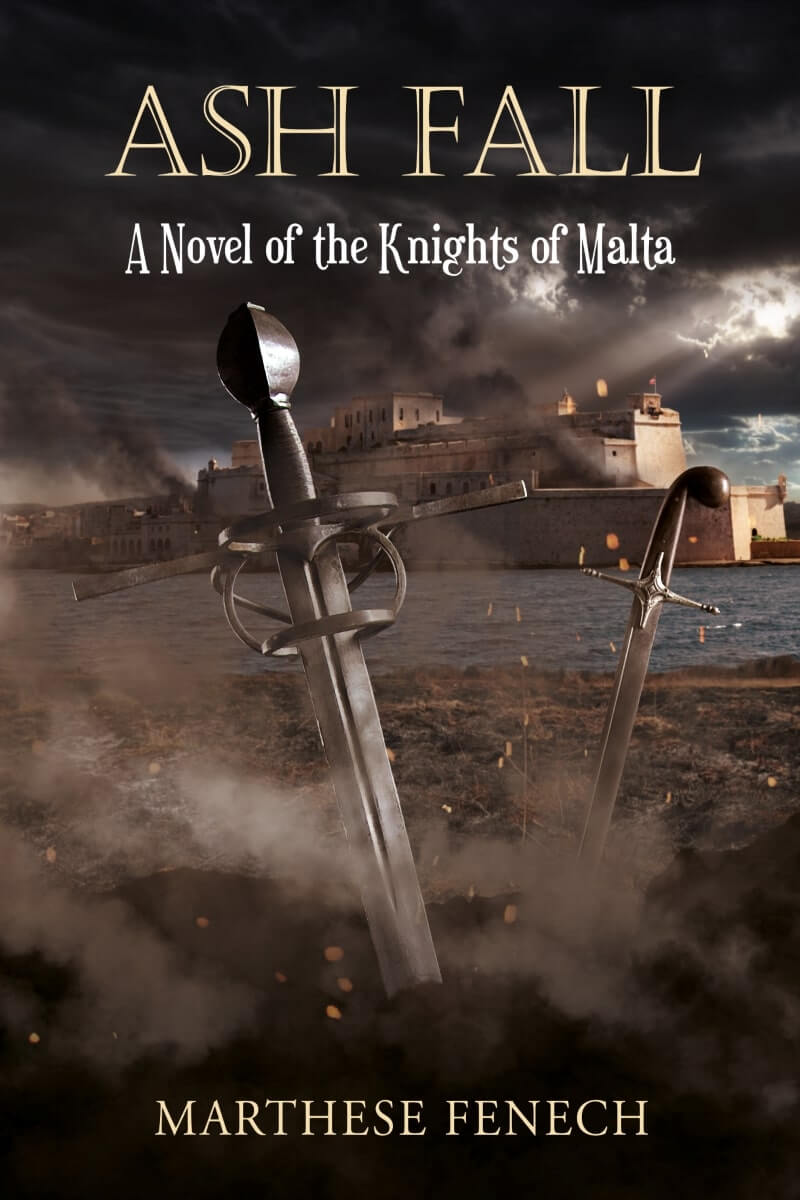 The hostility between the Ottoman Sultan and the Knights of St John incites the collision of two great empires, intertwining the fates of characters separated by faith, loyalties, and hundreds of leagues.

Beyond military conflict, these men and women must confront perceived enemies as well as corruption and oppression, deceit and disaster in a turbulent time that saw the flourishing Renaissance at odds with the repressive Roman Inquisition.

Eight Pointed Cross takes place decades before the Great Siege of 1565, as the storm had been brewing for quite some time. This novel features the lesser-known but decisive 1551 Siege of Gozo.

The sequel, Falcon's Shadow, picks up in the immediate aftermath and sweeps from quarry pits to sprawling estates, tumultuous seas to creaking gallows, the dungeons beneath the bishop’s palace to the open decks of warships. Chance connections are made, secrets revealed, and betrayals exposed as history unfolds.

The trilogy culminates in Ash Fall, which depicts the grisly horrors of a prolonged siege in harrowing detail. The year is 1565, and Malta stands on the precipice of one of the bloodiest battles in history. The elite Ottoman army, 50,000 strong, prepares to depart Istanbul, determined to conquer Malta and crush the Order of St John once and for all.

From historians to rock stars, here's what some remarkable people are saying about her work

“Crystal-clear descriptive language … Ms Fenech has recreated the compelling world of the Montesa family of Malta and the Knights of St. John as though she time-travelled back to the sixteenth century to do her research. An impressive debut!”

“Fenech’s epic tapestry of a novel encompasses all the sights, sounds, and smells of the 16th-century Mediterranean: tender domestic scenes and blood-drenched battles, privilege and squalor. I believed every minute of it.”

“Many historical sagas have been published, but few convey the scale, complexity, and attention to historical detail of Eight Pointed Cross. Marthese Fenech creates intricate plots and multi-dimensional characters, whom she moves from one perilous situation to another, keeping readers avidly turning the pages.”

The Seige of Malta trilogy delivers an exceptional trifecta of entertainment, historical accuracy, and a wallop to your emotions."

I invite you to browse my articles below. You'll find posts about my research, writing, and travel experiences, which often tend to merge. I share what inspires me in hopes of inspiring you.

A Book Launch at the Maltese-Canadian Museum

On Adapting a Novel for Film or Television