In Pursuit of Authentic Writing: How I Accidentally Became a Certified Archery Instructor

Creativity and imagination are the keystones of world-building, plot construction, and character development. But, hands-on, immersive experiences add authenticity to a scene—the same way having known loss, anger, jealousy, joy, longing, and love colours your writing with relatable, vivid descriptions.

Growing up, I wanted to be an archer, probably because I watched Robin Hood: Prince of Thieves on repeat the year it came out. I shunned dolls in favour of running around outside and playing games of siege warfare with the neighbourhood boys. 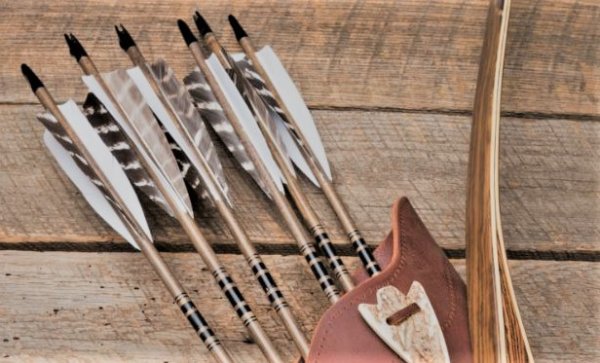 When the idea of writing a historical novel first took root, I knew I had to create a strong female character who could handle a bow—the kind you shoot, not the kind you wear.

Katrina Montesa would be that young woman.

For Kat, finding someone willing to teach a girl the bow in sixteenth-century Malta would prove a challenge. For me, the challenge began once she found that person. I’d need to describe her struggling through lessons and finally mastering the skills.

Skills I did not possess.

My only experience with archery was an ungainly attempt at the sport in tenth-grade gym class. I certainly wasn’t a natural. And while the individual steps made sense, I couldn’t seem to put them together. I overthought everything.

I dry-fired. The instructor shouted at me for it.

More than once, the arrow fell to my feet and lay there in silent derision.

I was, in a word, hopeless.

Beyond my inability to nock, draw, and loose an arrow, movies abound with tropes that do not always align with reality. To the untrained eye, discerning facts from storytelling devices and shortcuts can be tough, even if some seem obvious.

Can an archer fire two arrows at the same time but at separate targets like Robin Hood in Prince of Thieves? Might a bowman shoot thirty quarrels a minute from a seemingly infinite supply like Legolas at Helm’s Deep? Can someone struck by an arrow simply grab the shaft, yank it out, and carry on with business as usual?

Also, where can I get Hawkeye’s grappling hook arrowheads?

Films and television sometimes overlook functional details. Won’t a bowstring lose elasticity in the rain? Can an archer draw and hold indefinitely before firing? Won’t a flaming arrow burn through the string? Shouldn’t the bow be unstrung after use?

And the most burning of questions: why do instructors get so upset about dry-firing?

Google might provide the information but not the experience.

As I developed Katrina’s character, I signed up for what I thought was a learn-to-shoot-a-bow-and-arrow weekend workshop at the University of Toronto. It ended up being an intensive become-a-certified-archery-instructor qualification course.

I realized my mistake a minute into the Saturday morning session. The students knew not only each other but all the archery jargon. Each participant had completed hours of training, frequented archery ranges across the province, and shot competitively.

I hadn’t so much as picked up a bow in over ten years.

Still, I paid the course fee. Might as well stay and learn something useful in case there’s ever a zombie apocalypse.

We received binders and handouts and written assignments. We spent Saturday studying proper instructional techniques and discussing strategies to help excited but clueless students (basically, how to help people like me). A huge emphasis was understandably placed on ensuring safety at all times.

I just wanted to shoot arrows.

But learning to teach archery turned out to be an unexpected gift.

My fellow students were eager to help me accomplish that. They shared stories and gave me pointers, which I happily scribbled into my notebook and later, into my novel, Eight Pointed Cross.

On Sunday, the instructor deviated from the itinerary so we could spend an hour at the range, giving me the opportunity to (yay!) shoot at targets. I finally knew how it felt to nock, draw, and fire an arrow. I sensed the micro-movements in my muscles. Felt the fatigue in my shoulders, the power latent in the bow, the sting of the bowstring on my forearm.

I learned how to correct mistakes a beginner might make.

I learned why dry-firing is bad.

And NEVER TO FETCH MY ARROW WHEN THE RANGE IS LIVE.

I could now write with the confidence that comes from experience.

Amazingly, I passed the final exam.

Although I’d never properly shot an arrow in my life, I was certified to instruct.

In the years since my certification, I have taken archery lessons—but certainly never taught any.

While living in Singapore, I visited the Indonesian island of Bintan, where I spent an afternoon shooting arrows at an outdoor range, hitting the odd bull’s eye, and feeling like a total bad-ass. 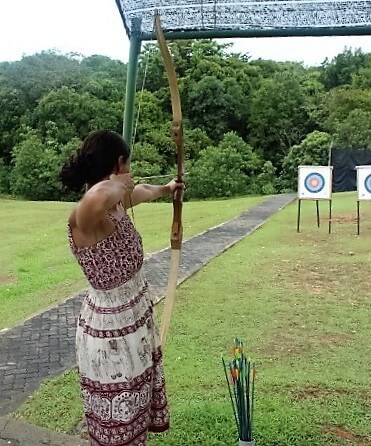 Back in Toronto, I put my training to the test by trying Archery Tag, also known as Extreme Archery, a mock-combat game that combines elements of dodgeball and paintball with classic archery skills. Players target those on opposing sides with non-lethal, sponge-tipped arrows to score points and eliminate rival team members.

To nerd things up, I pretended the arena was a medieval fortress my team had to defend against an invading army.

Refs time each game, creating a sense of urgency as players must string and fire quickly and efficiently while being shot at.

You even get to wear armour.

Well, not really, but a staff member fits you with a protective foam mask. The mesh screen obscures visibility just enough to keep things real, and the perforated mouth covering makes the mask feel like a close helmet a knight might wear.

Note to males interested in Archery Tag: consider a jockstrap. 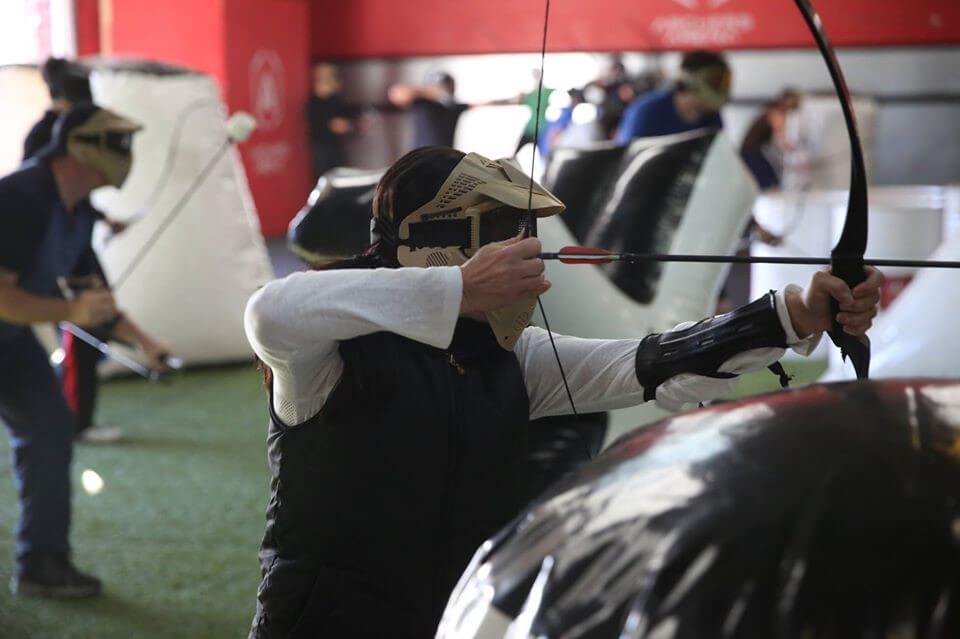 Like writing, archery requires practice, patience, and persistence. And like writing, it is so much fun—though it tends to leave more welts.

Most of all, discovering archery helped me to write those scenes with conviction and empathy. I believe the same holds true for most experiences. Write what you know, right?

The craft pushed me to try new things and travel to new places.

Is there something you’re trying to write about but maybe feeling stuck? Go out and experience that thing—provided, of course, it’s legal and safe.