Coming up with a compelling, multi-dimensional, relatable character is easier said than done.

Readers want to immerse themselves in your characters, see the world from their perspective, and that means you must create complex, believable characters that elicit an emotional response.

It’a a veritable balancing act that requires the weighing of backstory, dialogue, action, plot, and arc, all while establishing your character’s state of mind through emotions, attitude, speech, and movement.

Most of all, you must define their fight—and their transformation.

Even when writing a historical novel, which will inevitably feature actual people, a storyteller still needs to fill in the person’s thoughts and body language. And, in many cases, their dialogue and actions.

But take heart. Although imagination is critical, daily encounters offer much inspiration.

And you are observant, attentive, and perceptive. You notice things others often don’t. You catch the most subtle of glances, the slightest quiver of a lip, the most imperceptible of tremors in a nervous hand.

Observe the dynamic of a group, the way people interact. You may notice some personality-types emerge. The leader will take charge. The introvert will settle in the background. The social butterfly will carry the conversation. The intellect will analyze. Merely typecasts? Of course. But, a personality trait can evolve into a three-dimensional character you can flesh out.

Every person you meet (or already know) has the potential to serve your stories, perhaps by one aspect of their behaviour, a physical feature, a manner of speaking, a quirk.

Some individuals may inspire heroes. Others, mentors. Some inspire foils.

As Anne Lamott, author of Bird by Bird: Some Instructions on Writing and Life, so eloquently put it, “You own everything that happened to you. Tell your stories. If people wanted you to write warmly about them, they should have behaved better.”

That said, I’ve created several characters based on the more affable people I’ve encountered and included in my novels, Eight Pointed Cross and Falcon’s Shadow.

On a solo research trip to Istanbul, I met a shopkeeper on whom I based Murad, Demir’s best friend. In a city where merchants have perfected the art of haggling, he operated without pretence. He provided engaging conversation, offered historical insights, and gave helpful advice on how to deal with persistent, unwanted advances from locals.

He had a slight and endearing lisp when he spoke.

Coincidentally, so does Murad.

Emanuel, or Manu, a character featured in Falcon’s Shadow and the forthcoming third novel of my Siege of Malta trilogy, was inspired by a friendly and impossibly tall Frenchman I met in Germany—a man with an instantly likeable kind of face and corresponding demeanour. He had the courtesy to compliment my faltering command of his language as I stammered through an attempt to impress with my historical knowledge of his hometown. He carried himself blithely and had an easy-going way that made being around him effortless. Exactly the character I needed to accompany my fictional Domenicus on his journey through Europe.

The most personal is the most creative—Martin Scorsese

In life, my mother’s father, John Grixti, was a character in every sense of the word. I did not have the privilege of meeting my grandfather, who died three months before I was born. But through my mother’s many stories, I know him well.

We are kindred spirits, sharing a love of animals, an appreciation of solitude, and a fiery Maltese temper.

Malta’s quaint seaside village of Birżebbuġa knew my grandfather as toq-toq, a nickname that endures to this day. I’ve asked about its origin and meaning, but no one seems to know. Maltese nicknames are funny like that.

Happiest in the company of his farm animals, he often stayed away from the bustle of village activity in favour of tending his goats in a field. Even during the annual festivities for the town’s patron saint, San Pietru, he’d find a quiet plot in a patchwork of fields, build a campfire, brew some tea, and watch the stars as his horse and donkey grazed.

On cold winter nights, he’d smuggle the donkey into the single-room, limestone dwelling he shared with his wife, Carmena, six children, a minimum of three dogs, several rabbits, and a scattering of chickens.

Every day before dusk at precisely the same time, the faithful donkey would bray to alert my grandmother that my grandfather was on his way home from the fields. Time to boil well-water for tea.

Wherever Nannu went, a pack of stray dogs trailed him, announcing his arrival with cheery woofs. My grandfather made a habit of collecting buckets of scraps from wealthy tables to feed his four-legged friends. In return, he received their unwavering loyalty.

Of the entire furry band, my grandfather’s favourite was a tiny scrapper he affectionately called Jumbo, after the Boeing 747. Naturally, I worked Jumbo into my novel. But, I renamed him Hercules, as the setting predates commercial jets by about four-hundred years. 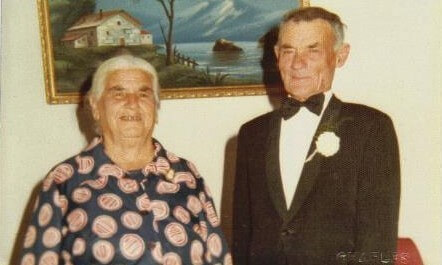 My fictional Father Anton Tabone is the result of these and many other stories about my grandfather, John. Like my Nannu, Father Tabone shows compassion for the downtrodden, whether on four legs or two. And like my grandfather, the priest has a pack of loyal strays protecting him wherever he goes, Hercules among them.

Father Tabone is my love letter to a grandfather I never met.

Falcon’s Shadow reveals Father Tabone’s backstory and introduces Louie, the wolf-dog he adopted while living at a parish in France. Louie is based entirely on my Siberian husky (though names have been changed so he can’t sue me later).

From the mismatched eyes, one amber-brown, the other glacial-blue, to the happily, almost violently wagging tail, to the song he always sings, everything about this fictional dog represents my boy.

My husky makes me laugh, keeps me active, and teaches me to be a more attentive observer. He lives in the moment, notices everything, is bothered by nothing. The concept of anger seems utterly foreign to him. His boundless excitement is infectious.

He is my furry guardian angel, just like Louie is Father Tabone’s. 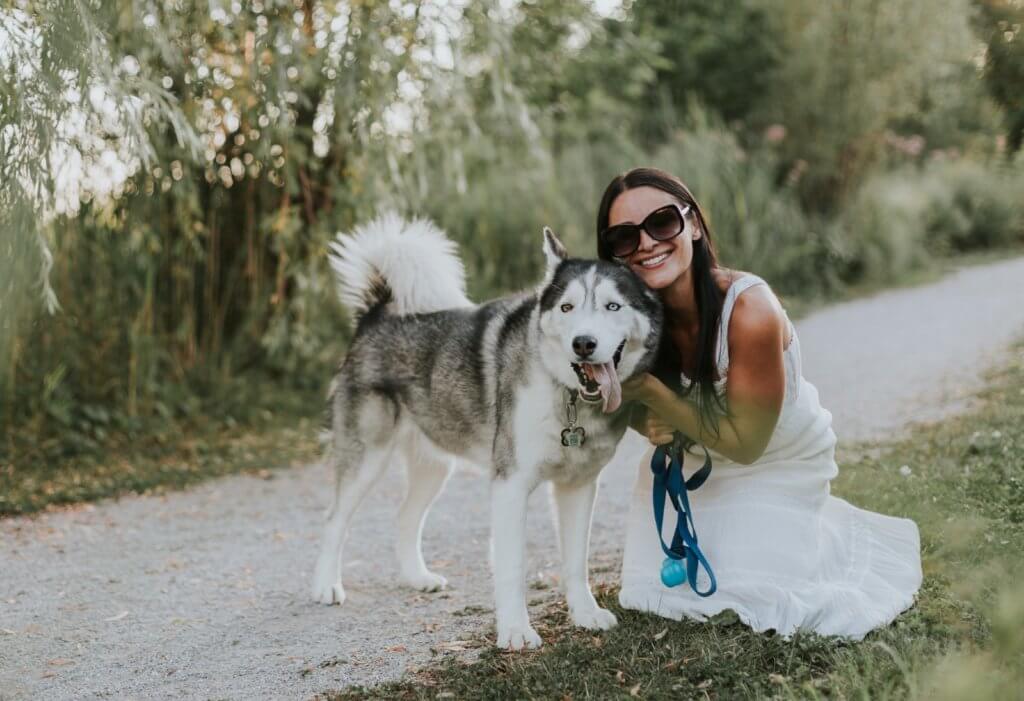 As mentioned earlier, a vivid imagination is vital, but daily interactions are sources of tremendous inspiration. I drew four characters from real people (and dogs—but dogs are people, too).

Is Father Tabone a replica of my grandfather? Well, Nannu was no priest. And he smoked. A lot.

But Father Tabone embodies so many of my grandfather’s qualities. The same can be said of Murad and Manu, both of whom I met briefly.

The point is that inspiration for a character can bloom anywhere and everywhere.

The smallest detail or most subtle tail-wag can bring your characters to life.