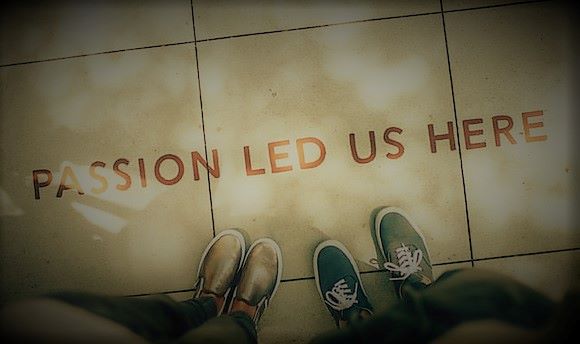 I swore I’d never do a live reading. The idea of narrating a scene from my own novel made my stomach churn.

Readings are reserved for dignified authors who have commanding voices and the ability to perform.

By that same token, I wrote off blogging and virtual book launches and trying my hand at poetry.

Yet, here we are. I’ve checked off all the above boxes, thanks to encouragement from some profoundly wonderful people—three of whom have collaborated on this very post.

So, despite its many trials, 2020 has been the year of stepping out of my comfort zone.

Well, free-falling out of it.

This is also the year of rallying cries.

Of women firmly stating, I’m speaking, and reclaiming their time.

It has been a year of cultivating meaningful friendships with inspiring women, three unstoppable, powerhouse authors among them. Darcie Friesen Hossack, Karen Connelly, and Tina S. Beier are not only wordsmiths of the highest calibre—like, intimidatingly good—they are thoughtful, courageous, compassionate individuals, who feel life deeply and with conscience; their novels give testimony.

They have generously offered their time to record live readings from their own published works so I might share them in this piece. Their collective voices are the winds generated by the collective beating of butterfly wings. Together, we rise.

Although we write vastly different genres, the unifying thread is our celebration of the unapologetic female protagonist. We have each selected excerpts from our novels that feature the resilience and centrality of such characters to our stories.

There’s Delia, from What Branches Grow, and Eliza, from the Change Room, Lizbeth from Mennonites Don’t Dance, and Katrina from Eight Pointed Cross. Had these four women occupied the same time and space, I have no doubt they’d have become devoted, lifelong friends.

And like the authors, these deftly-crafted protagonists challenge the “strong female” trope insofar as they are much more than “strong.”

These female protagonists are complex, dynamic, and intentional.

They are strong and weak rather than merely embodiments of strength or weakness.

Are they badass warriors? Yes, each in her own right.

Are they fascinating, intelligent women who might be introverted or reticent or tolerant of people’s shit because sometimes that’s the only option? Also yes.

Each author has created a female protagonist who does not simply swoop in for some sassy ass-kickery, briefly dominating a scene only to bow out before she might dare dominating the story.

Instead, she expresses herself without self-editing.

She builds emotional relationships with other women.

Shows strength in a manner that does not rely on physicality.

She can be vulnerable, reckless, considerate, impolite.

Asks for help if she needs it.

She is who she is.

And she is speaking.

A scene from What Branches Grow, by Tina S. Beier

Tina S. Beier‘s What Branches Grow is a quest through the future wasteland of America and is an homage to the post-apocalyptic genre. Delia and Gennero are tenuous allies searching for civilization in the desolate and sparsely-populated landscape. Joined by a Millenial in his 60s and his dog, the group struggle to overcome not just physical threats, but their own traumas and guilt. What Branches Grow pairs action and adventure with an exploration into what people will do to survive and how they can learn to trust others after betrayal and loss.

Delia is a tall, sharp-featured Caucasian woman from Savannah, Georgia, but she is far from a Southern Belle. A woman scarred by loss and pain, she is determined to reach her goal at any cost. Her trauma has made her terse at best and often downright mean. She has high expectations and is very stubborn, often to her own detriment, but she is loyal, quick-thinking, and brave. Delia often shoots first and asks questions later, but wrestles with her violent outbursts afterwards. She loves animals, beer, and books. While she admits it isn’t practical, her one vanity is her long hair.

A scene from the Change Room, by Karen Connelly

Karen Connelly‘s the Change Room features Eliza, the devoted mother of two young sons, a successful business owner, and a loving wife to her husband Andrew. She is happy, but… when she meets a tall dark handsome stranger (who is also a woman) at the local pool her orderly middle-class life flies off the rails. She turns into the passionate wild woman whom she recognizes only from her own distant past—a past of sexual exploration and desire that she thought was finished. A novel about sexual pleasure, sexual fluidity, and swimming . . .

A scene from Eight Pointed Cross, by Marthese Fenech

For my first attempt at a live reading, I’ve selected a brief scene from my historical novel, Eight Pointed Cross. The violent clash between the Ottoman Empire and the Knights of St John on the island fortress Malta serves as the backdrop to the first book in my Siege of Malta trilogy. Young siblings Domenicus and Katrina Montesa live under constant threat of raids by the Ottoman Turks, the staunchest enemies of the Christian knights.

Born in sixteenth-century Malta, Katrina defies social conventions by learning to read, wearing pants, and speaking her mind despite the consequences. She uses foul language, refuses to sit side-saddle, and trains to become an archer. She simply won’t be told.

When I grow up, I want to be just like her.

In this scene, we meet Kat as a seven-year-old girl, trying to make amends for throwing a rock and accidentally hitting her brother in the face.

A scene from Mennonites Don’t Dance, by Darcie Friesen Hossack

Mennonites Don’t Dance is the title story of Darcie‘s first collection (Thistledown Press). Starting in the impossibly small village of Schoenfeld, Saskatchewan, the story follows Lizbeth as she reacts to the violent loss of one of her brothers. Unable to forgive the people responsible, or to forgive her Mennonite parents’ forgiveness, she pushes away from everything she’s ever known, and into a life where she’ll need them like never before.

Lizbeth isn’t so much the black sheep of her family, as she is the polka dot penguin. Nothing about her was made to be a farmer’s daughter. Unlike her mother and sisters, Lizbeth hates being stuck in the house, hates to cook, and cooking hates her right back. Nothing about her feels like the good Mennonite farmer’s wife she’s eventually supposed to become. She’s determined to live a less rural life.

With heartfelt thanks to these sensational women for their contributions to this project and to the literary landscape. Your words add colour and magic and light to the world.

Interested in reading any of the above novels? For purchasing information, click the title: What Branches Grow, the Change Room, Mennonites Don’t Dance, and/or Eight Pointed Cross.