Welcome to my resources page, an extension to my books and blog articles. Conducting research is one of the most fascinating and gratifying aspects of writing historical fiction. In addition to books and documents, countless people and places have provided me with so much creative inspiration and helpful information. This page aims to acquaint you with them through stories, images, and links to useful resources on this site and external websites. 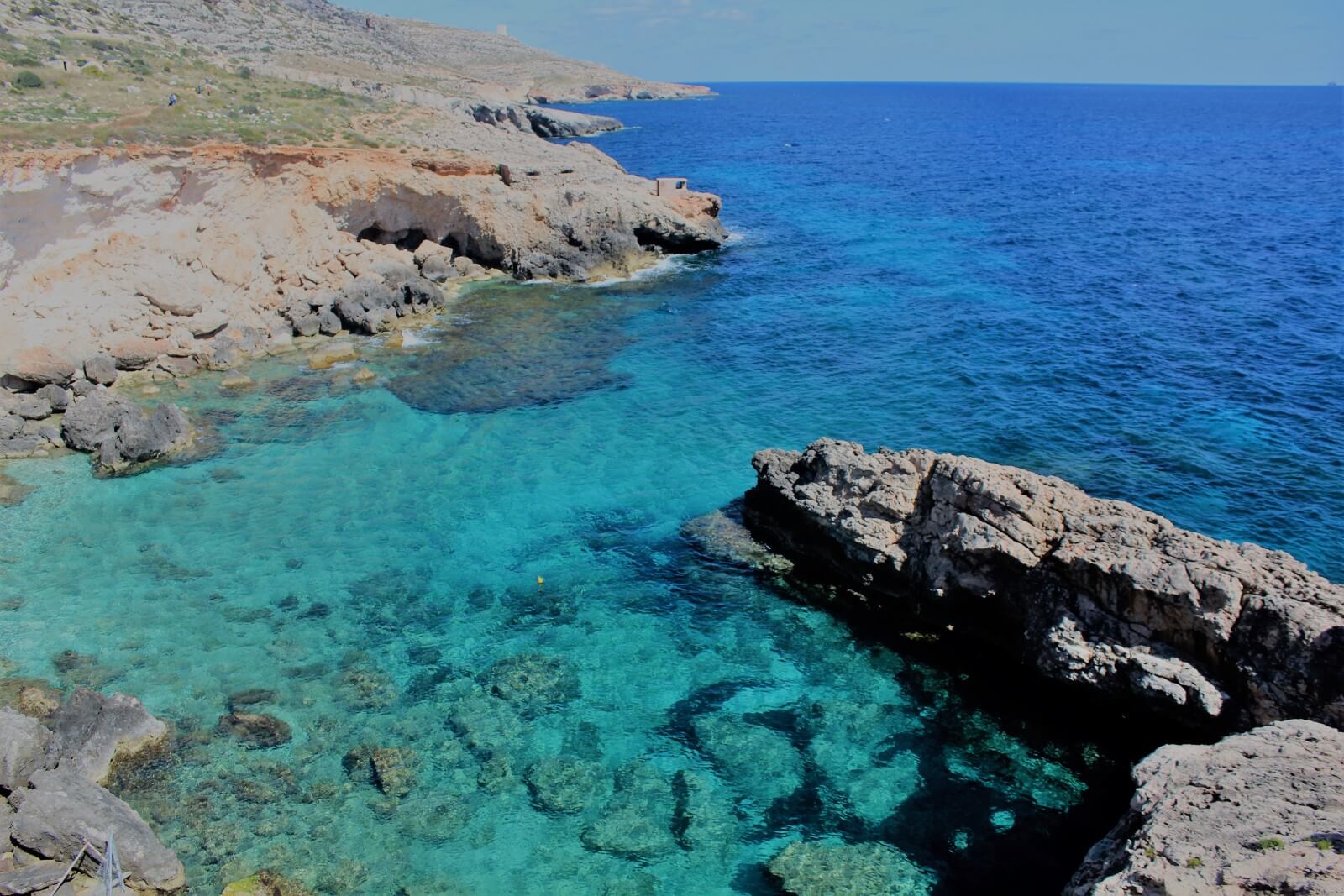 The summer before I began a Journalism program at Humber College in Toronto, I travelled to Malta, intent on spending sunny days at the beach, late nights bar-hopping around Paceville, and endless hours laughing with good friends. I checked off every box, every day.

This trip still occupies a spot in my top five memories.

But not only because of the sea, sand, and sun.

At the suggestion of my dear friend Gwenda, a fierce and fabulous Dutch girl I met on a Maltese beach three years earlier, I caught a bus to Valletta and bought tickets to The Malta Experience, an audio-visual masterpiece that depicts the island's incredible seven-thousand-year history.

The moment the Great Siege of 1565 played out on the screen, everything changed. Malta’s rich history came to life as never before. The resilience and fortitude of this little island and its people had been tested in ways few might comprehend.

It was an underdog story for the ages.

Just like that, the idea to write a novel based on this most epic of battles took root.

And quickly blossomed into a goal—a mission.

Of the war, eighteenth-century French Enlightenment writer and historian Voltaire said, “Nothing is better known than the siege of Malta.” And yet, it seemed so few people I’d encountered outside of Malta had even heard of it.

Perhaps, in my small way, I could help remedy that.

Twenty years, many miles, and a few thousand cups of tea later, I am completing work on the third book of the siege trilogy.

Check out the Malta Experience 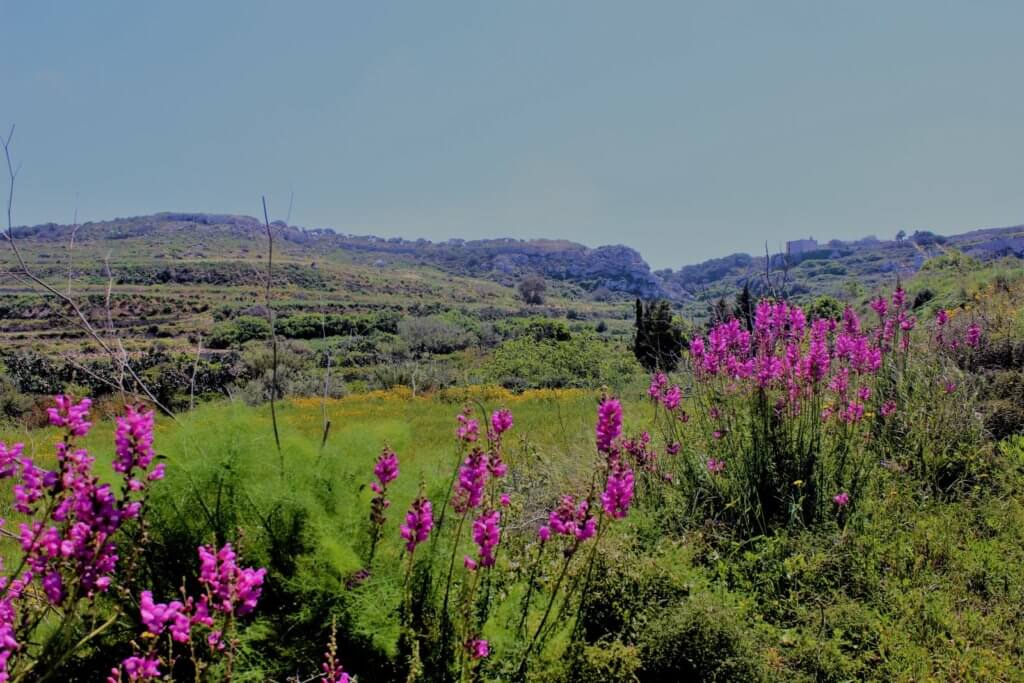 Heritage Malta is the national agency for museums, conservation, and culture. Most archaeological sites and historical structures fall under Heritage Malta's management and protection.

The Inquisitor's Palace The Roman Inquisition reached Malta’s shores around 1560 as a system of tribunals developed by the Holy See. It prosecuted individuals accused of anything related to heresy—sorcery, blasphemy, Lutheran sympathy, and witchcraft, as well as possession of censored literature. Even being left-handed might land you before the Inquisitor.

The National Museum of Archaeology Thanks to lucky timing, I had the privilege of seeing Grand Master Jean Parisot de Valette’s dagger on display while on loan to Malta from the Louvre for the first time since 1798. 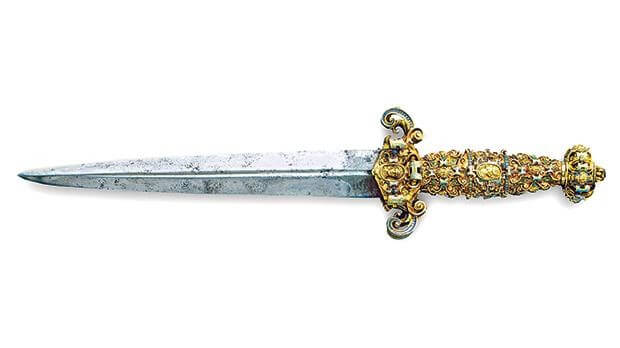 Fort St Angelo A very important location in all three novels—a massive stone sentinel keeping watch over the village Birgu and repelling even the most determined of attacks. 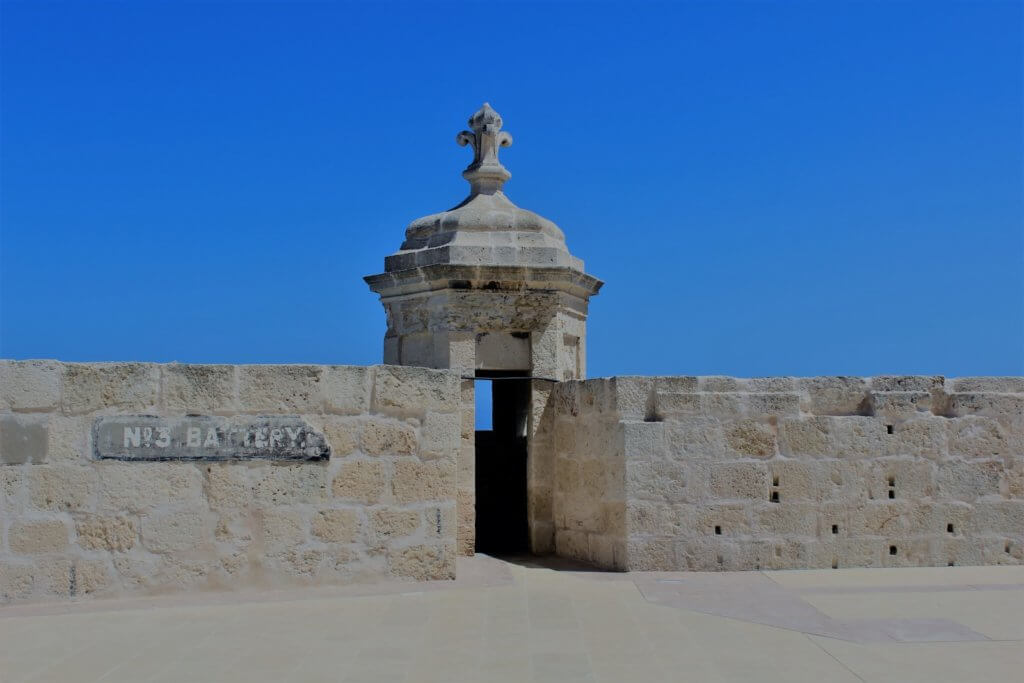 Mnajdra Temples Located remotely on a rugged expanse of Malta’s southern cliffs, the nearly six thousand-year-old temples of Mnajdra serve as the setting of Katrina’s archery lessons in the first novel, and later, the site where she instructs her students. 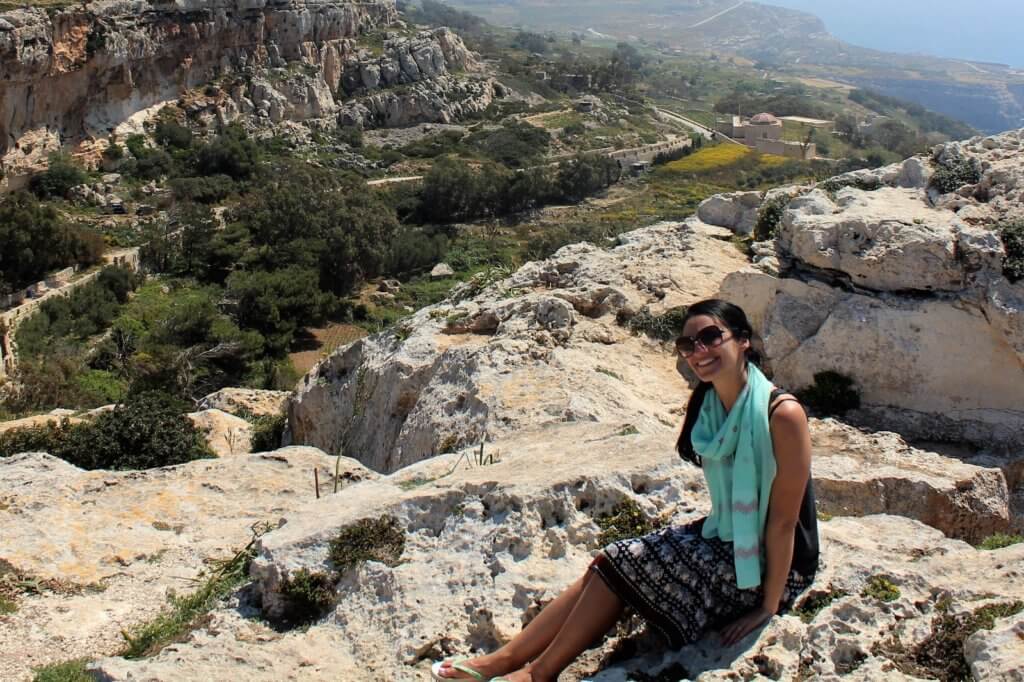 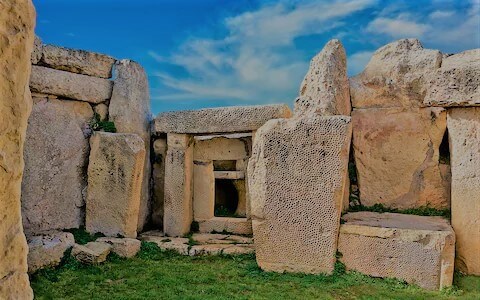 Hagar Qim Temples Prehistoric temples situated on the same stretch of rocky terrain as those of Mnajdra.

The Maritime Museum Housed within the Old Naval bakery in Birgu, the museum exhibits artefacts from Malta’s colourful maritime history and showcases the impact of seafaring on Maltese society.

The Palace Armoury Located in Valletta, the armoury showcases the beautifully tooled weapons and armour of the Knights of St John.

Mdina Birthplace of protagonist Angelica Tabone and one of my very favourite cities in the world, the Whispering City is a living museum. 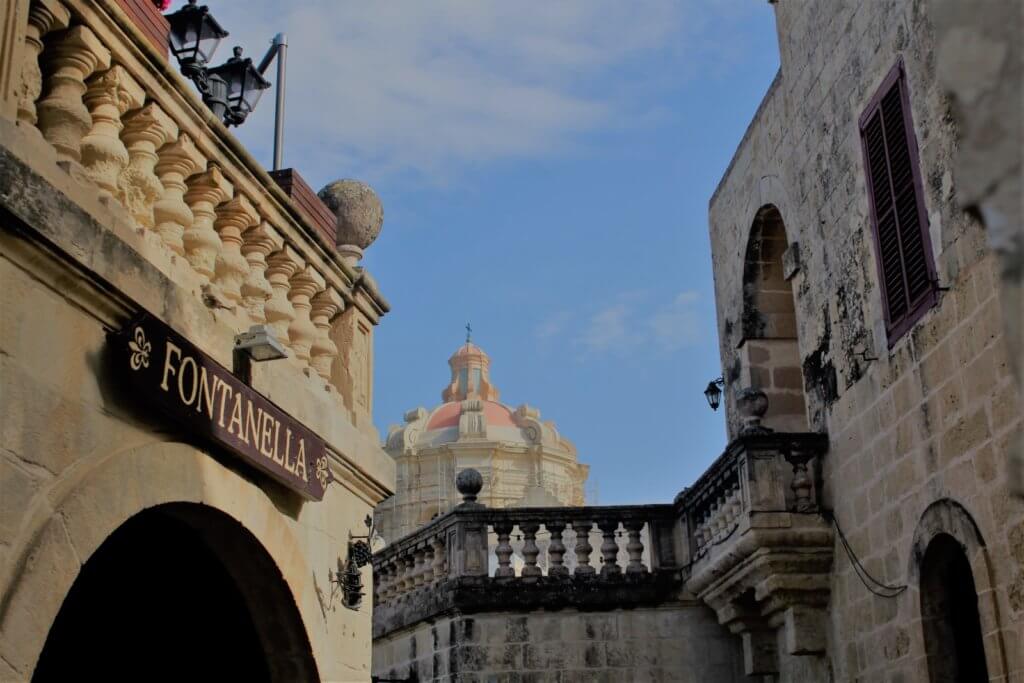 Limestone Heritage Following a fascinating, interactive tour of this former quarry, which explores the island's limestone history with exhibits and sculpting demonstrations, I watched in shock as a goat scaled a wall and jumped four storeys to a field below. He was no worse for wear, bleating and tramping and carrying on, as his brother goat beseeched me with his eyes to do something. 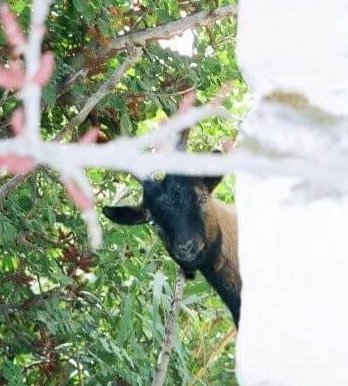 St John's Co-Cathedral Built by the Knights of St John in the late sixteenth century, this Roman Catholic cathedral dedicated to the Order's namesake is the crown jewel of Valletta. 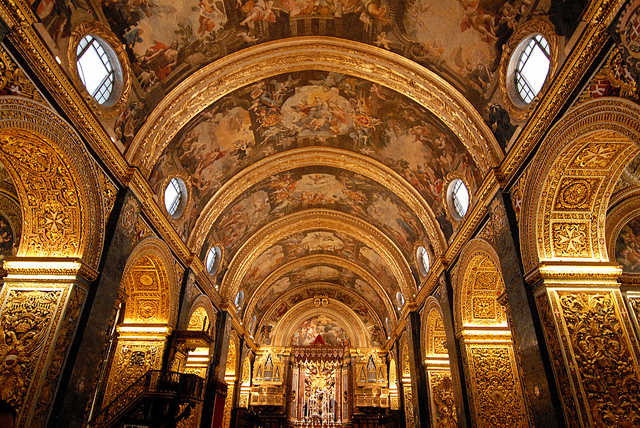 Gozo is Malta's sister island and the second largest in the archipelago. 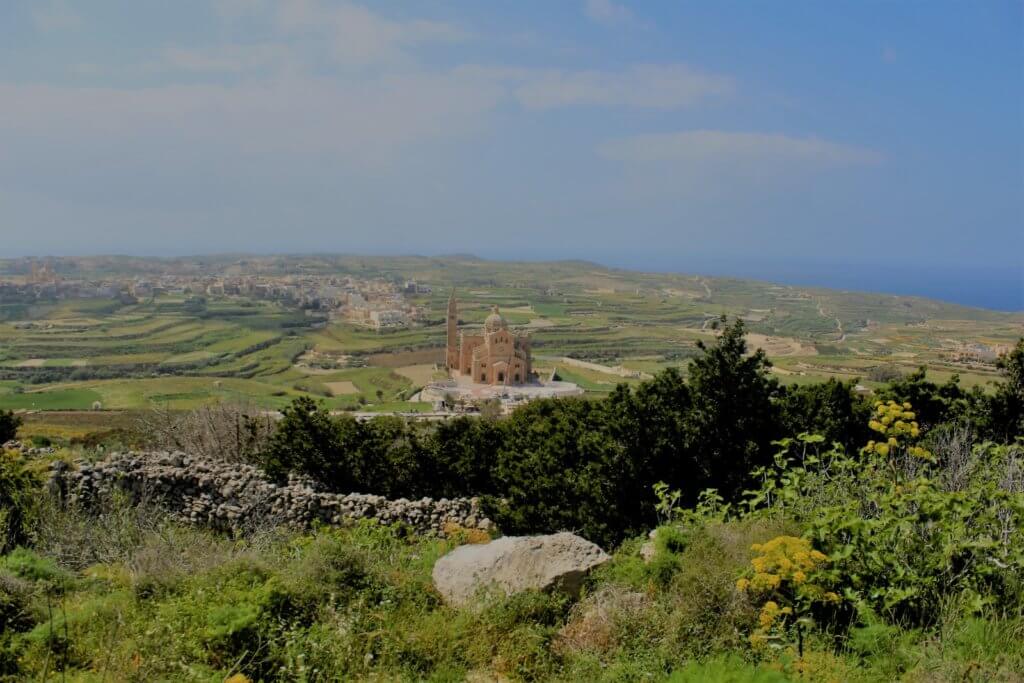 The Citadel A feat of military architecture, the Cittadella is a fortified city atop a summit, visible from across the island, and the site of Dragut Raïs and Sinan Pasha’s 1551 raid of Gozo, featured in Eight Pointed Cross. 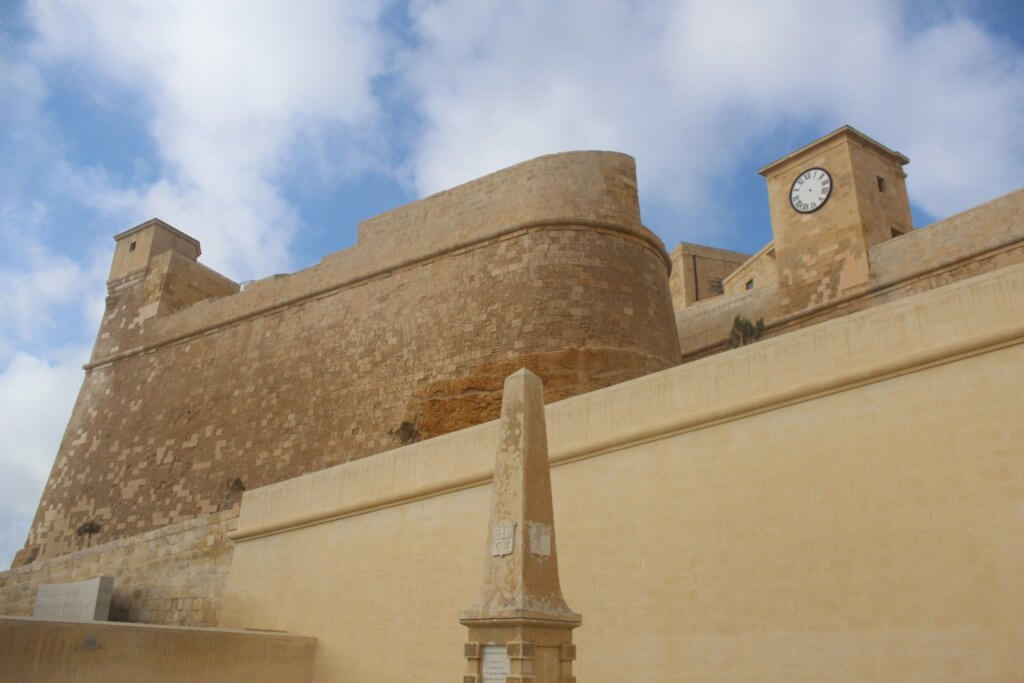 Ta Kolla Windmill is one of the few surviving windmills in Gozo constructed during the Knights' rule. 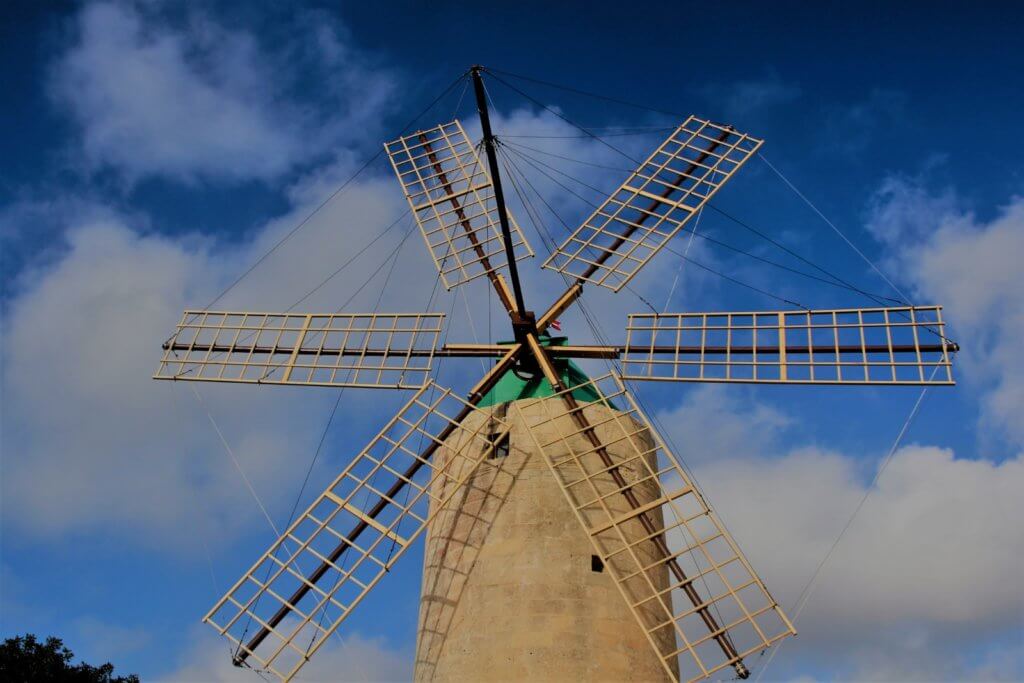 Comino is a tiny, virtually unpopulated island in the Maltese archipelago with a lagoon so blue, it doesn't look real. 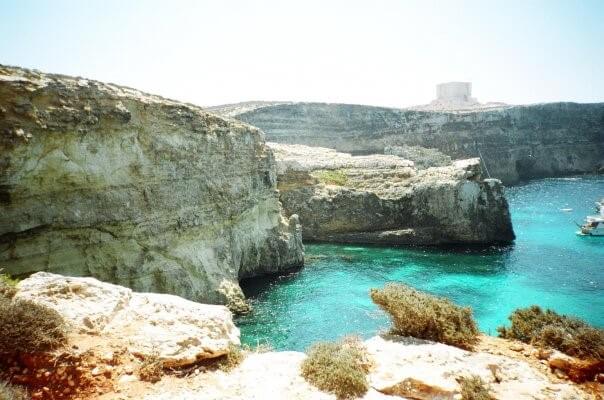 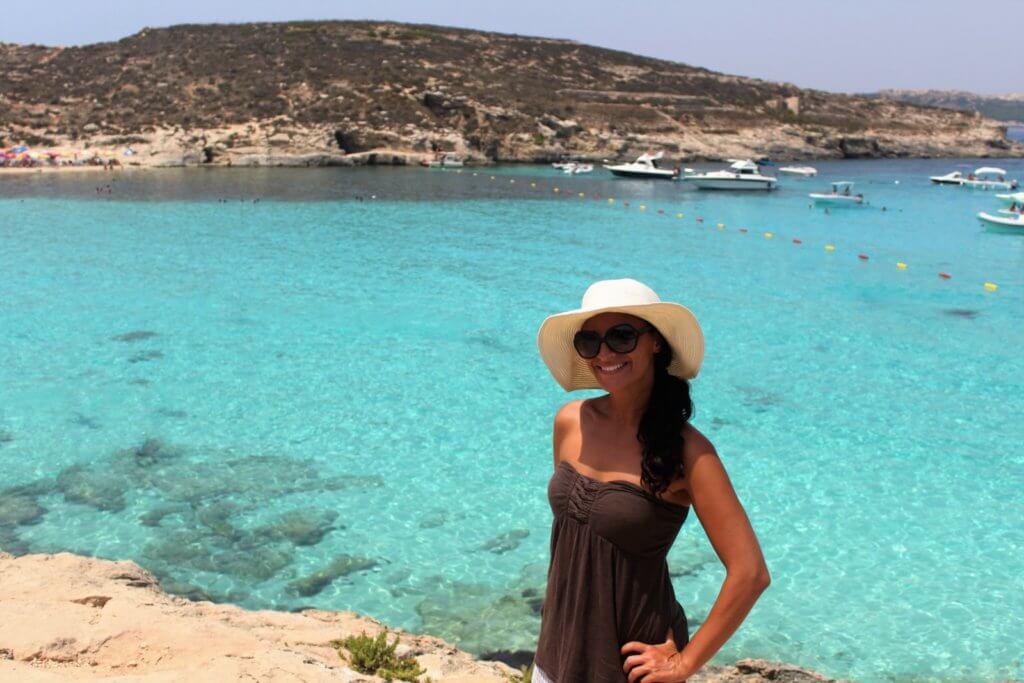 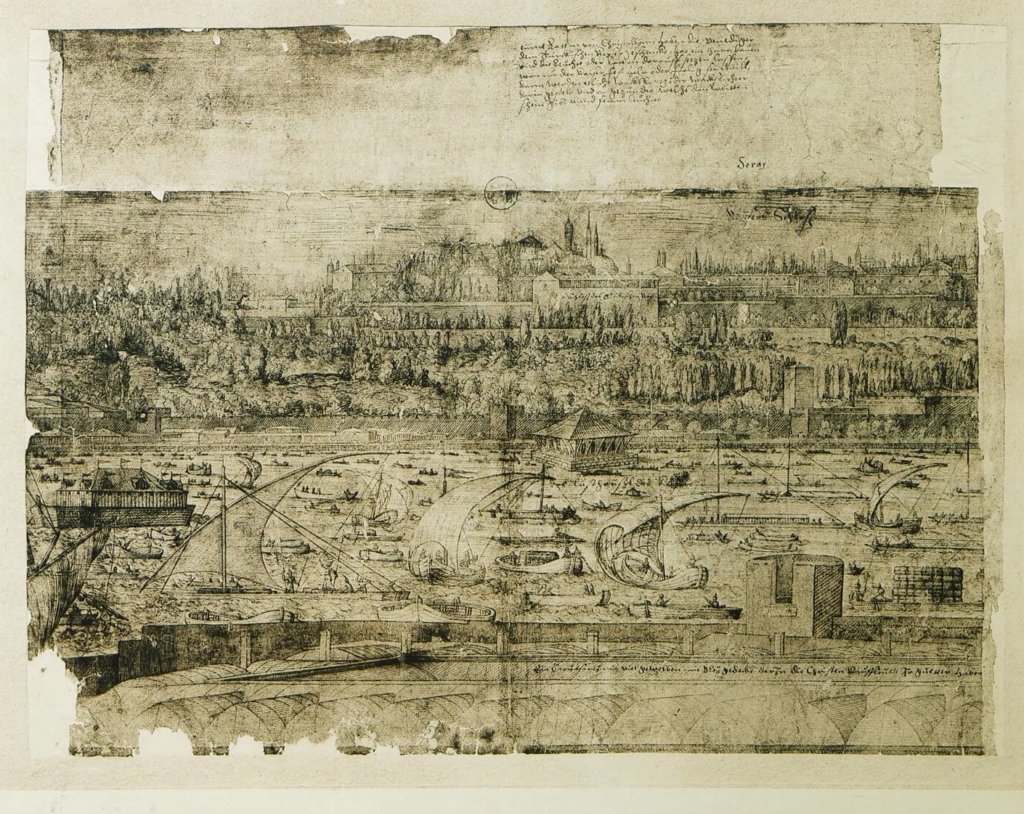 The Basilica Cistern One of my favourite locations in Istanbul, the Underground Cistern serves as a literal crossroad in Demir’s journey. 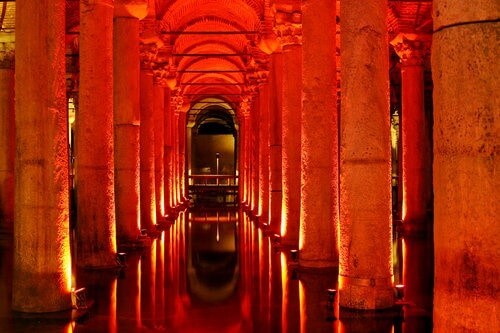 Topkapi Palace The home of Sultan Suleiman. The seat of the Ottoman administration. Site of Demir’s training. Harem to which Fariha is confined. 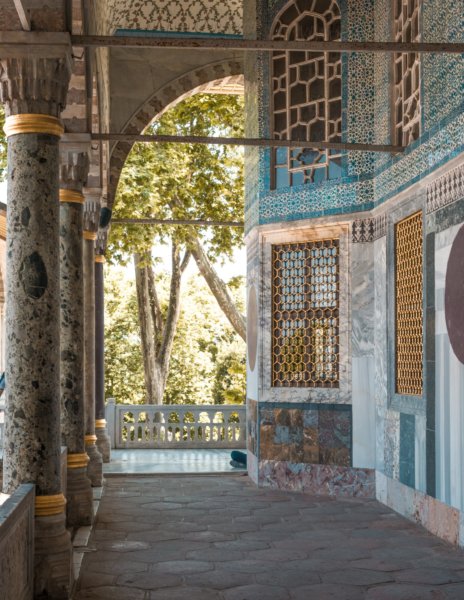 Ayasofya/Hagia Sophia A spectacular domed monument originally built as a cathedral in sixth-century Constantinople (now Istanbul) and converted to a mosque in 1453. 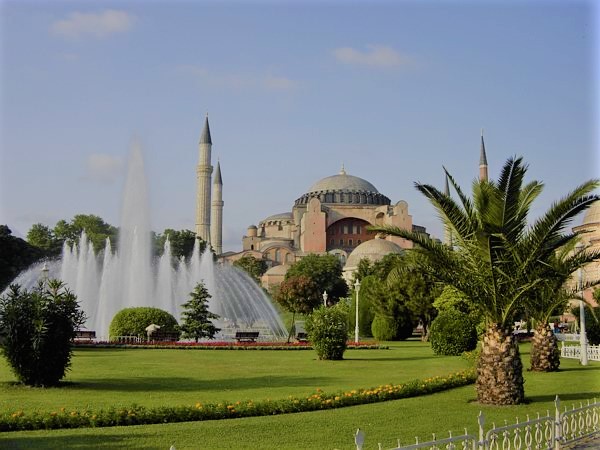 The Sultan Ahmed Mosque/the Blue Mosque is a seventeenth-century wonder of engineering and one of the most impressive structures in the world. 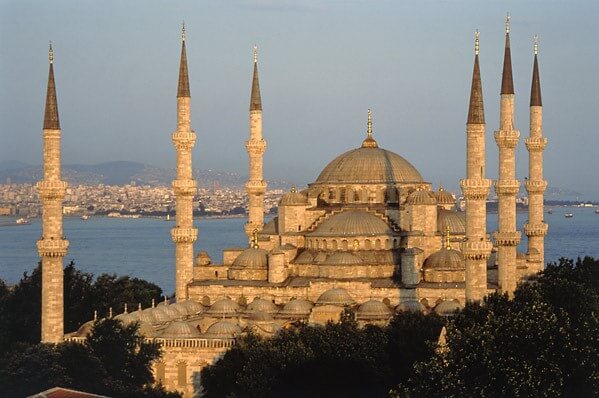 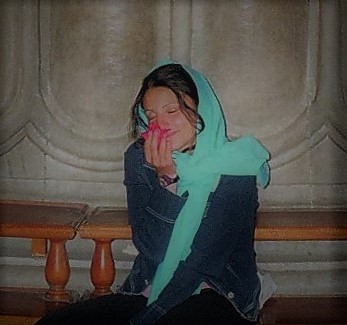 Çemberlitaş Hamami or Çemberlitaş Bathhouse Sixteenth-century Turkish bath located in the Çemberlitaş district of Istanbul. Magnificent architecture. And so many bubbles.

Süleymaniye Mosque and the tomb of Sultan Suleiman is an Ottoman imperial mosque located on the Third Hill of Istanbul and dedicated to Sultan Suleiman. The cemetery is situated near the mosque's main entrance and houses the tombs of Suleiman and his wife Hürrem Sultan (Roxelane).

The Hippodrome Once a circus that served as the sporting and social centre of Istanbul, the Hippodrome was where horsemen played Cirit.

The Grand Bazaar (or Kapalı Çarşı) is one of the largest and oldest covered markets in the world, boasting 61 sheltered streets and more than 4,000 shops. Demir and his friend Murad frequent the bazaar.

Spice Bazaar (or Mısır Çarşısı), where vibrantly coloured spices are displayed next to rows upon rows of gemstone-like Turkish delight

Dolmabahce Palace is a beautiful nineteenth-century palace that served as the administrative centre of the late Ottoman Empire.

Galata Tower (or Galata Kulesi) Genoese occupiers built the tower in the fourteenth century as a defensive structure. 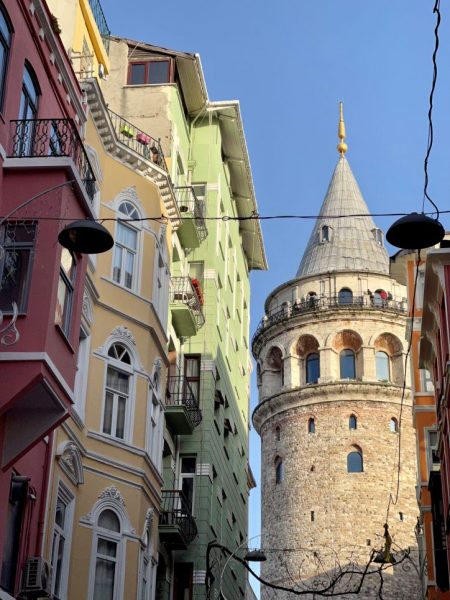 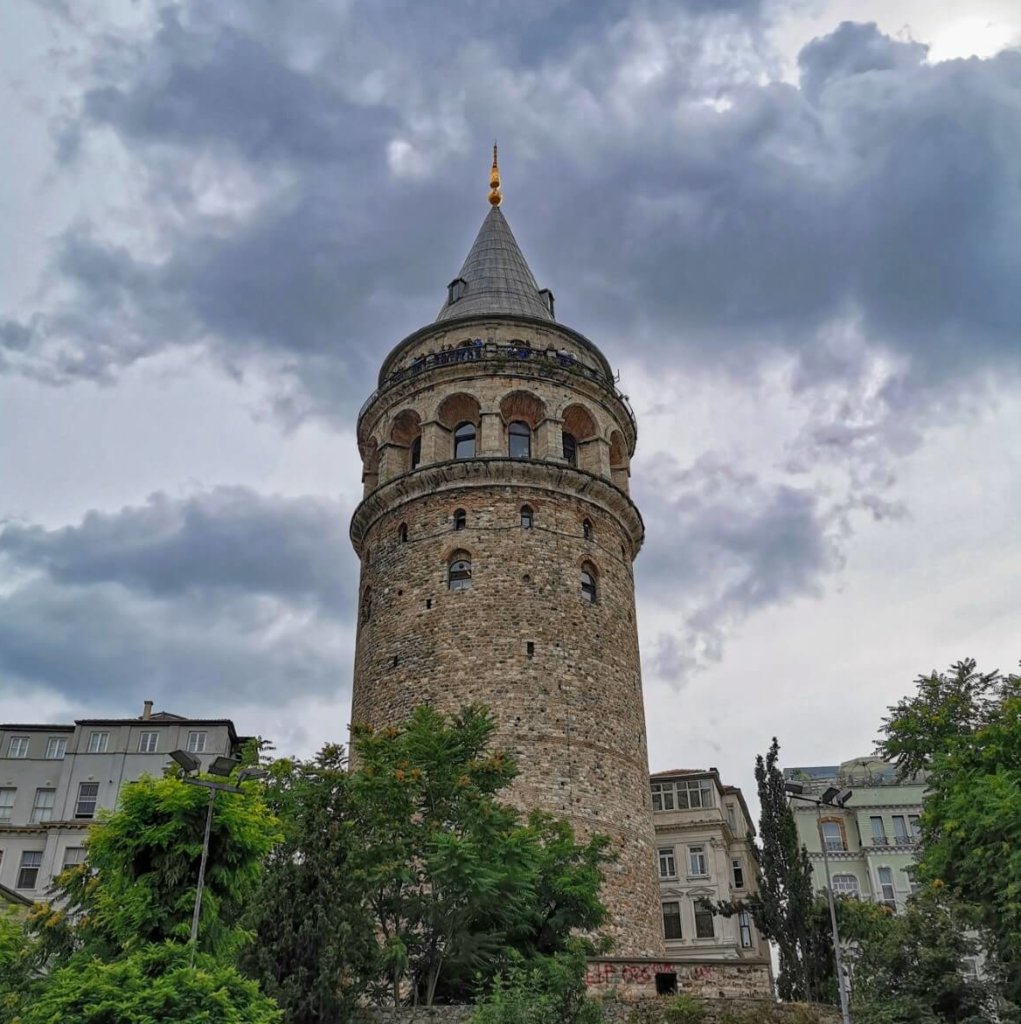 Tomb of Barbarossa Renown Ottoman admiral Hayreddin Barbarossa's tomb, situated in Beşiktaş, was built by Sinan the Architect in between 1541 and 1542.

Taksim Square is the modern city centre of Istanbul.

Giovanni Bonello, historian, author, and former Judge of the European Courts of Human Rights. He writes extensively and with keen wit on human rights, art, and history. Author of Histories of Malta –Versions and Diversions and Misunderstanding the Constitution: How the Maltese judiciary undermines human rights, he has also penned dozens of articles on the law as well as Maltese and Hospitaller history.

Dr Carmel Cassar, professor of cultural history, director of the Institute of Maltese Studies, and chairman of the Platform for Mediterranean Foodways at the Mediterranean Institute. He is a historian and the author of A Concise History of Malta; Society, Culture and Identity in Early Modern Malta; Honour and Shame in the Mediterranean (translated into five languages); Witchcraft, Sorcery and the Inquisition; Daughters of Eve; and Fenkata. An Emblem of Maltese Peasant Resistance? Dr Cassar developed an Ethnography Section and oversaw the restoration of the Inquisitor’s Palace within the Malta Museums Department (now Heritage Malta). His efforts saved the national clothing collection from ruin. A Catholic policy scholar, he also reconstituted sections of the Cathedral archives and was particularly helpful with my research on the Roman Inquisition.

Dr Louis E Fenech, professor of history at the University of Northern Iowa and author of the Sikh Zafar-namah of Guru Gobind Singh: A Discursive Blade in the Heart of the Mughal Empire; and the Cherished Five in Sikh History. Dr Fenech shared insights on sixteenth-century Ottoman art and artists, poems and poets, architecture and architects, and how to cook really good Indian food.

Dr Simon Mercieca, senior lecturer within the Department of History at the University of Malta. An expert in Historical Demography, he is the author of The Knights of St John in Malta and the editor of the quarterly cultural magazine Kultura.

Dr Stephen C. Spiteri, Maltese military historian, author and illustrator of several books on Hospitaller fortifications. Dr Spiteri gave generously of his time, answering my endless questions, providing me with intricate, hand-drawn maps and elaborate images, and guiding me to very useful resources. His recent publications include Armoury of the Knights; The Great Siege; The Art of Fortress Building in Hospitaller Malta; and A Visual Guide to the Fortifications of Malta. You can see his documentary about the fortifications of the Great Siege here:

The Maltese Historical Fencing Association Founded in 2009 and launched to the public in 2011, the association furthers the study, research, and practice of historical fencing. It serves also to support the rediscovery of European martial arts practiced across the Maltese islands through the ages. Andrei Xuereb (Founder and President) and Franco Davies (Secretary and author of Swords of the Religion) have been extraordinary resources, sharing their vast knowledge about the period and its blades. They provided me access to a subterranean vault where the knights had trained centuries earlier. Andrei designed the striking covers for Eight Pointed Cross and Ash Fall. Franco gave me a guided tour of Fort St Angelo. He’s also as terrified of giant cockroaches as I am. 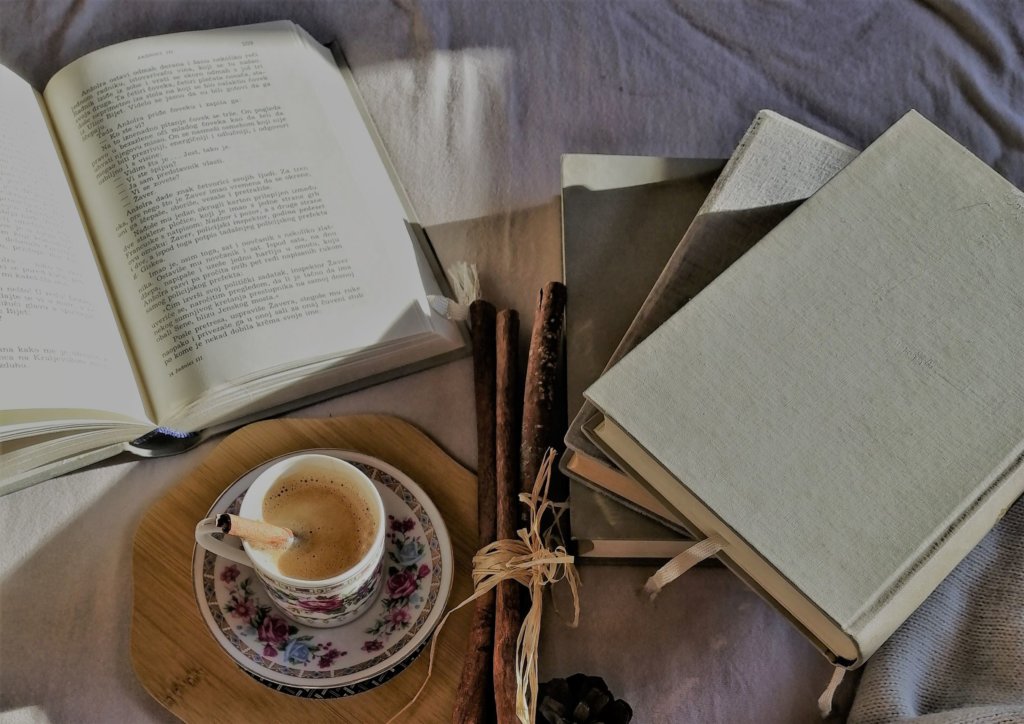 While exploring the Adriatic gem that is Croatia, I stepped inside a charming little bookshop in the beautifully preserved medieval city of Dubrovnik, where I found copies of letters from the Ottoman Sultan and Emperor Charles V. The artistry and authenticity of the script and signatures made them impossible to resist, especially as I was compiling research for my first novel (and because I thought they’d look cool on my wall).

The first letter is an inquiry from the Turkish Sultan to the Dubrovnik Government asking about his brother and requesting officials not permit him entry to the territory but instead, arrest him on sight. View the Sultan's letter

The second is Emperor Charles V’s written attempt to resolve a dispute concerning a Spanish vessel captured in the Adriatic by the Turks. View Charles V's letter

The Knights of Malta, John Attard

The Shield of Europe: the Life and Times of La Valette, Bridget Cassar Borg Olivier

Diary of the Siege of Malta of 1565, a day-by-day eye-witness account of the siege, by Francisco Balbi di Correggio, a knight of St John

The Knights of St John in Malta, Simon Mercieca

The Monks of War, the Military Religious Orders, Desmond Seward

The Knights of Malta, H.J.A. Sire

The History of the Knights Hospitallers of St John of Jerusalem, René-Aubert Vertot

The Wisdom of Islam, Robert Frager

The Book of Old Ships, Henry B. Culver

Annals of a Fortress, E. Viollet-le-Duc

For the past two decades, Ruben Xuereb and Mark Brincat have been invaluable to my research effort as impromptu guides—carting me to different sites, gaining me access to some hidden gems, and providing a world-class lexicon of Maltese swearwords. 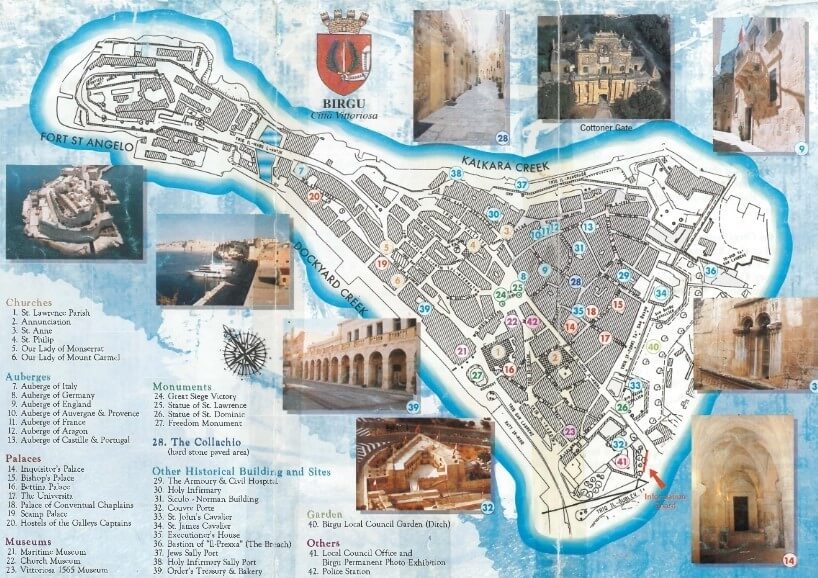 Nothing like an anachronism to damage credibility. The Online Etymology Dictionary proved to be an invaluable resource to avoid chronological inconsistencies.

Finally, I must acknowledge my wedding dress for being the inspiration behind a rather remarkable gown that appears in Falcon's Shadow. You’ll know it by the full roses nestled within the bustles of the train. 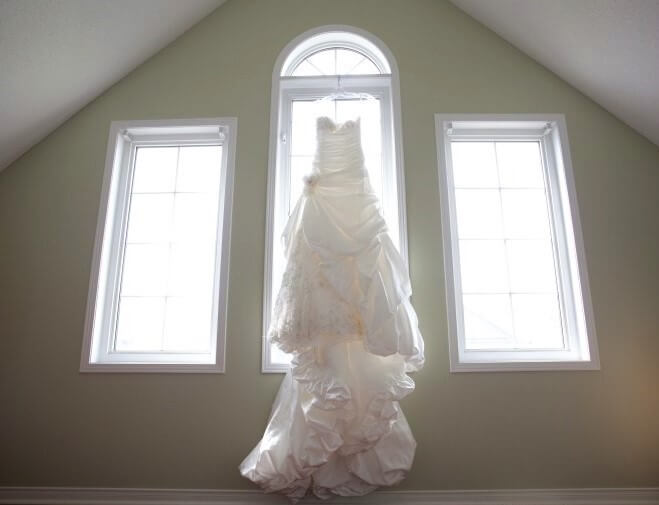