Al-Fatihah: the first chapter of the Muslim holy book, the Quran. Its seven verses are a prayer for God’s guidance

Apostates: people who renounce their faith, generally adopting the faith of their captors to secure more favourable treatment

Apothecary: a pharmacist trained in the art of preparing and dispensing drugs

Arquebus: an early muzzle-loaded trigger-based gun used in the fifteenth to seventeenth centuries, to which a burning match was applied, and from which the musket was later derived 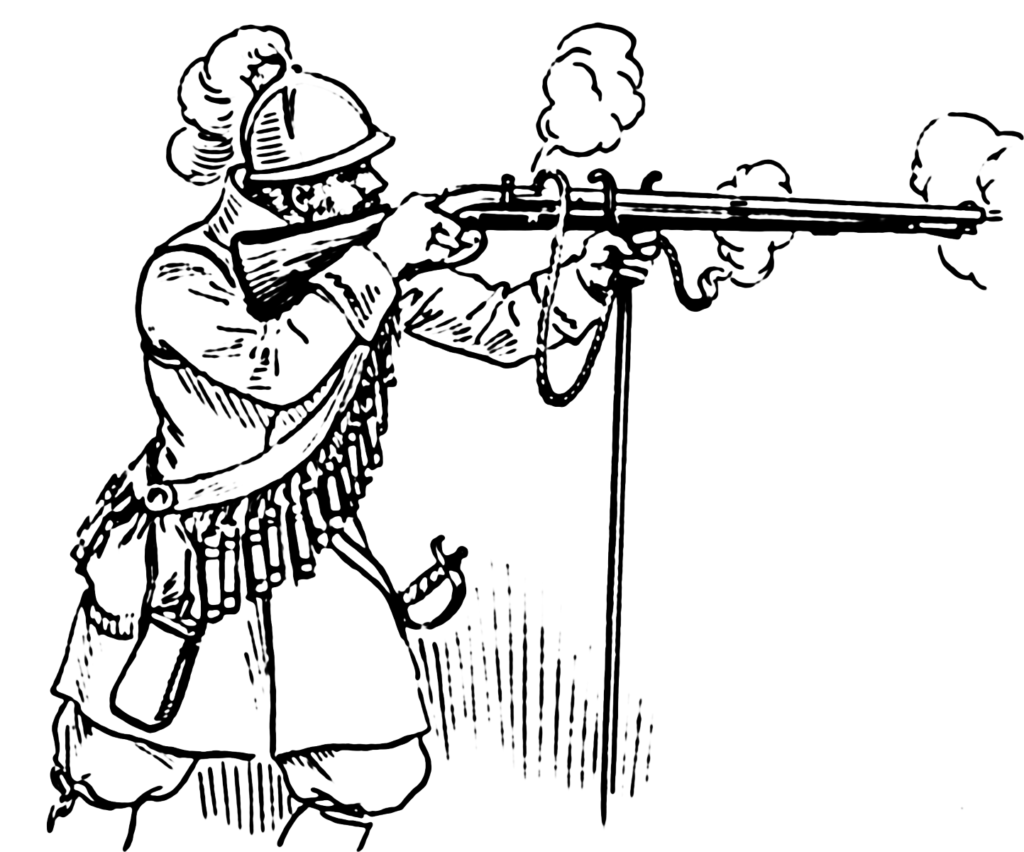 Auberge: a hall of residence assigned to each tongue, or langue, where the knights lodged and took their meals

Barnuża: a hood or cloak, typically worn by women in Malta

Bitħa: a small courtyard behind or within a house 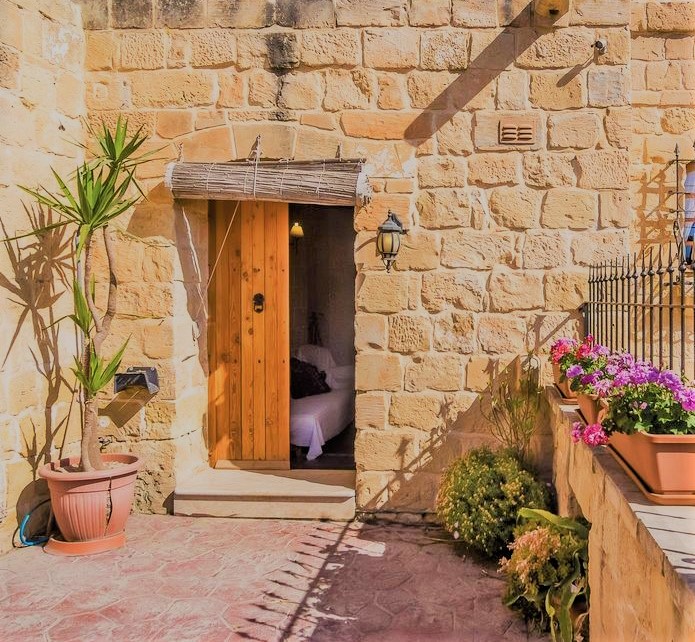 Bosun/boatswain: highest ranking petty officer in the deck department who has immediate charge of all deck hands and who in turn comes under the direct orders of the master or chief mate

Carrack: a large European sailing vessel of the fourteenth to the seventeenth centuries

Corsairs: privateers who operated in the Mediterranean. The most famous were the corsairs from the North African coast

Corsia: the gangway between rows of benches on a galley

Cortège: a solemn procession, especially for a funeral

Devshirme: the practice by which the Ottoman Empire conscripted boys from Christian families. The children were taken by force, converted to Islam, trained, and enrolled in one of the four royal institutions: the Palace, the Scribes, the Religious and the Military. The slave-soldiers of the Sultan, the Janissaries, were products of the devshirme

Galley: a sailing ship which could be propelled by oars when necessary

Girna: a traditional corbelled hut found in rural areas in parts of Malta

Hadith: narrations originating from the words and deeds of the Islamic prophet Mohammad

Ħakem, also known as the Capitano della Verga: head of the Università, or Maltese civil authority

Hocam: in Turkish, it is a combination of hoca, a term bestowed upon people who are devout Muslims and renowned for their wisdom as teachers. The m at the end of hocam denotes possession—not just teacher but my teacher

Hospitaller: A medieval Catholic military order founded in 1113 AD as the Knights of the Order of the Hospital of Saint John of Jerusalem

Janissaries: elite infantry units that formed the Ottoman Sultan’s household troops and bodyguard. The force was created by the Sultan Murad I from Christian boys levied through the devshirme system

Langue: tongues or langues were the geographic-cultural sub-groupings of the members of the Knights of Saint John from the fourteenth to the eighteenth century. The Knights of St John hailed from the richest estates in civilized Europe. While serving in Malta, these young men were assigned to one of eight halls accommodating the various the langues, or tongues, depending upon their European homeland: Provence; Auvergne; France; Aragon; Castile; Italy; Germany; or England

Luzzu: a Maltese fishing boat. Traditionally, they are brightly painted in shades of yellow, red, green and blue, and the bow is normally decorated with a pair of eyes, the survival of an ancient Phoenician custom (also practised by the ancient Greeks); they are sometimes referred to as the Eye of Horus or Osiris

Madrasah: translated as “a place where learning and studying are done.” The term madrasah usually refers to the specifically Islamic institutions. In the Ottoman Empire, the study of hadiths (recorded sayings and deeds of Prophet Muhammad) was introduced by Süleyman I. In addition to religious studies, Ottoman madrasahs also taught styles of writing, grammar, syntax, poetry, composition, natural sciences, political sciences, and etiquette

Musket: a muzzle-loaded, smoothbore long gun, intended to be fired from the shoulder

Odalisque: a female attendant in a Turkish seraglio, particularly within the household of the Ottoman sultan

Pilier: each tongue, or langue, was headed by a Pilier, or Bailiff, who would also hold one of the high offices of the order: Grand Commander, Marshal, Hospitallier, Admiral, Turcopilier, Drapier. Only the Treasurer was independent of the Tongues. The Piliers were answerable only to the Grand Master, the supreme office each tongue always sought to gain
for one of its own

Postulant: a person preparing to be admitted as a novice into a religious order

Sipahi: a fief-holding soldier of the elite imperial cavalry

Sobraveste/surcoat: a sleeveless garment worn as part of the insignia of an order of knighthood

Vizier: a high executive officer of the Ottoman Empire

Maps of the Sixteenth-Century Mediterranean 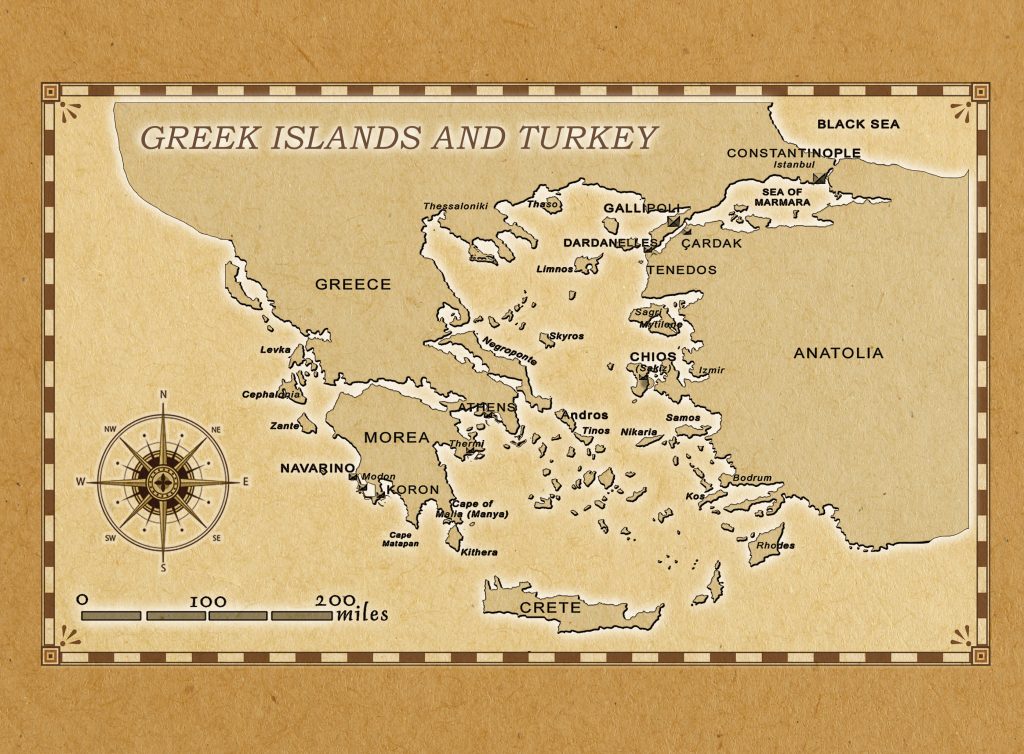 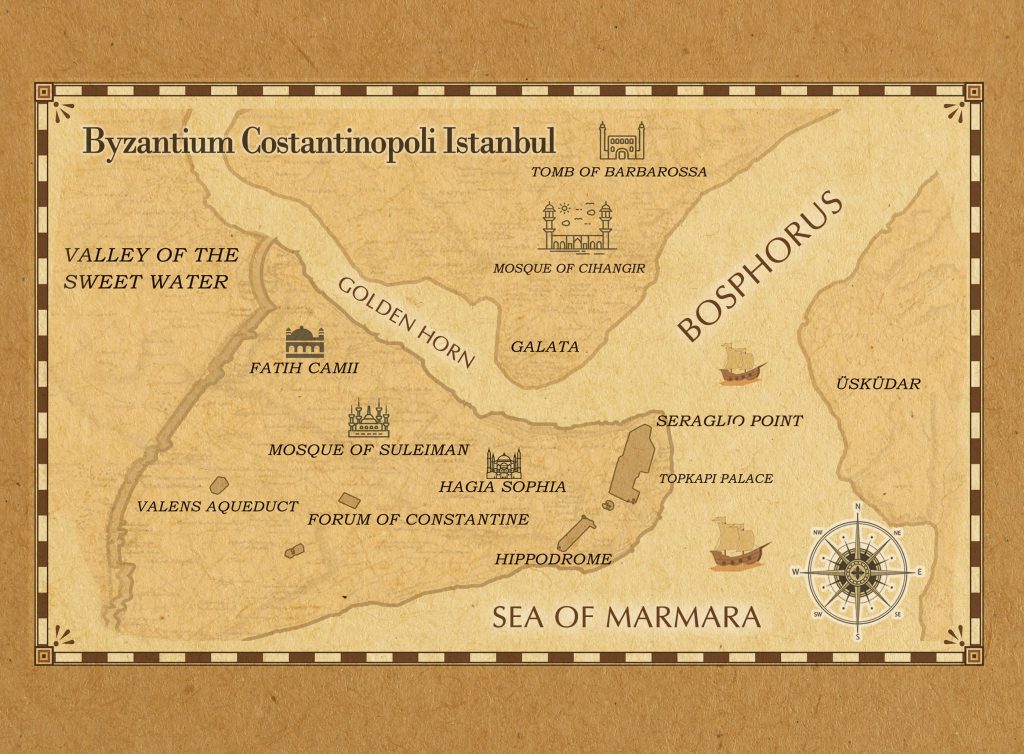 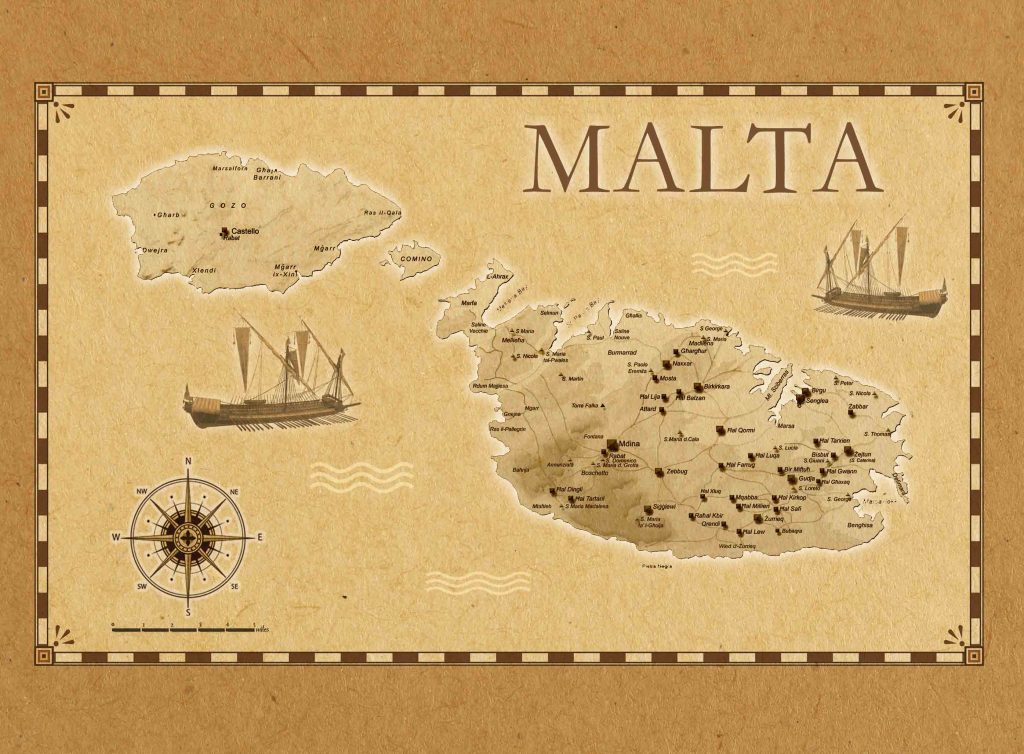 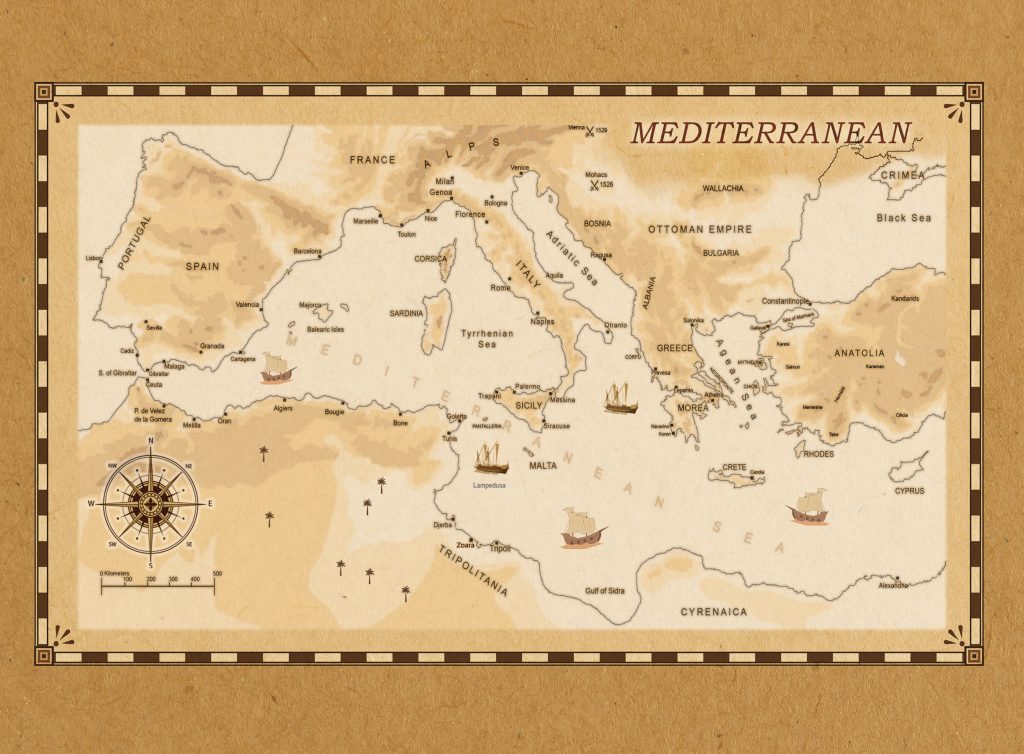